We caught up with Liana Lorenzato, Chief Marketing Officer at Modibodi to find out what it’s like working for a brand that created a whole new product category with their innovative and sustainable period and leak-proof apparel.

Liana shares with us what Modibodi are doing to break the stigma and taboo that still exists with talking about menstruation, the challenges and opportunities that this brings when marketing their products, her proudest achievements whilst working at Modibodi, and her advice for others looking at a career in the innovation space.

A brand like Modibodi needs a certain type of marketer, how do you ensure that you get recruitment right?

Apart from a specific skill set that can be identified through the recruitment process, it is important to be able to measure the aspects of a person that won’t be found on a CV. Over the past 5 years at Modibodi and meeting a variety of applicants for various roles, it became apparent that work ethic and attitude were so important, as well as a person’s passion, not just for Modibodi’s mission and brand essence, but also their passion for the role they will be responsible for.

What have been the biggest challenges when marketing a brand that is a completely new product category?

The biggest challenge and opportunity when Modibodi first began was the “tabooness” of the very topics and issues Modibodi stands to support. There was not one mainstream media outlet and minimal influencers in Australia that were confident enough in speaking about periods, incontinence or pregnancy leaks. We have come a long way since then, however, we are still yet to crack TV and radio as much as we would like.

Many shows who have the exact viewer profile of a Modibodi customer still feel it's not relevant to their audience. Radio stations have even tried to censor Producers who are still afraid but I hope one day soon, they will realise they would be making history in speaking about issues that half of the population can relate to at some point in their lives.

What has been your biggest/proudest achievement during your time at Modibodi?

There are a so many that stand out, however, four highlights for me are:

Modibodi Period Underwear secured as part of the permanent collection in the Museum of Applied Arts and Science as an Australian product innovation.

2019 was a year of peer and industry recognition for Modibodi, being nominated for 11 awards and winning 8 of them including Telstra Business of the Year awards- People's Choice, Medium Business and NSW business of the Year as well as Outdoor Media Association- Joint winner, Best Use of Multi-format media 2020, this was for a campaign that was designed by our in-house creative team and makes me so proud of them.

2018 When the TODAY show interviewed Kristy (Modibodi CEO and Founder) about her story and Modibodi journey, we were also able to speak about incontinence on primetime TV, we were told their phone lines were jammed most of the morning wanting to know more about Modibodi.

And most recently, our current campaign THE NEW WAY TO PERIOD - developed through Covid with our wonderful creative agency partner. It was the first time we had a global campaign in market at the same time. The campaign core asset was a mini film that shows people with periods that there are better options than eco-damaging, landfill clogging disposable products. The film has been distributed across online and offline channels including BVOD and STV. It was initially banned by Facebook, and after Facebook HQ connected with us to discuss the campaign and our objectives, along with a strong PR campaign, our film was approved to run across the Facebook network and is currently live.

We stood behind our beliefs and the importance of showing people the true period story and have changed culture!

With your new ad initially being banned from Facebook and Instagram, how important do you think it is to have brands like Modibodi working towards ending the stigma and shame associated with period products?

It’s not just important, it is vital! The stigma attached to menstruation is still there. Young people are not getting diagnosed by medical professionals when they have issues due to the stigma, they are not getting an education and miss out on sports all because we have been told and to a degree still get told these sorts of topics should be “kept behind closed doors”.

What advice would you give to people looking to join companies in the innovation space like Modibodi?

Innovative and disruptor brands are just that, we are here to make a difference and to disrupt the status quo. If you are not comfortable in challenging opinions and pushing boundaries, then an innovation space isn’t for you. Being uncomfortable is an opportunity to grow, develop and make an impact professionally and personally. It's a fast-paced environment and exciting.

What can we look forward to seeing from the Marketing team at Modibodi over the coming year?

That’s top secret!, however we are truly excited what 2021 and beyond holds for the Modibodi group of brands on a global scale.

You can watch the mini film which is part of their The New Way To Period campaign here and head to the Modibodi website to see their full range of apparel here.

Liana’s interview is part of our new 'Spotlight on...' series where we'll be sitting down with clients and candidates who are some of Sydney's best marketing talent to find out what exciting projects they're working on, career advice they'd like to share, what it's like to work at their business or agency, and much more!

We'd love your feedback, if you have any comments, suggestions, or questions you'd like answered, reach out to Brooke -  brooke@iknowho.com.au 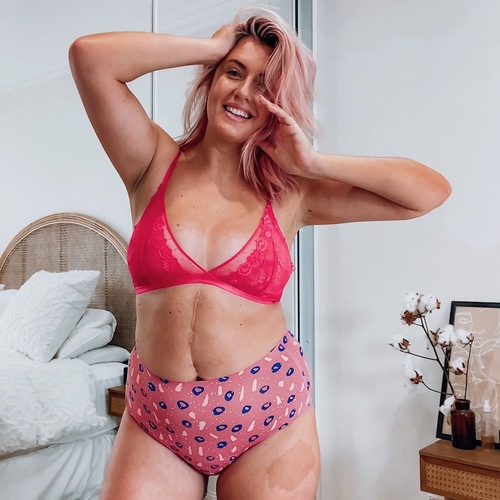 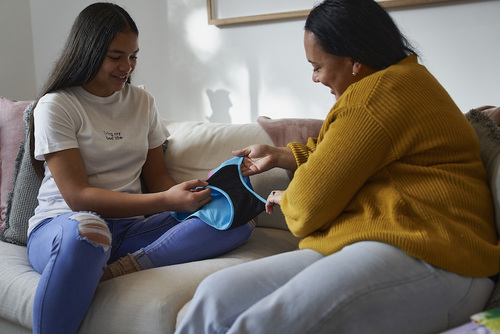