On Thursday morning we hosted an interactive workshop with Dr Adam Fraser for some of our clients.  Adam is a well-respected peak performance researcher and known to be a thought leader in human performance.

When I started iknowho my aim was to deliver knowledge at every step of the recruitment process – whether it be CV feedback, interview training or access to inspiring talent.

Adam has worked with elite athletes through to SAS officers and even toddlers….so I knew he could handle a room full of senior marketers.

My favourite take out from today’s workshop was from his research into what makes us happiest at work.  What he found was that human beings are happiest after they achieve a goal, work through a challenge and overcome obstacles. 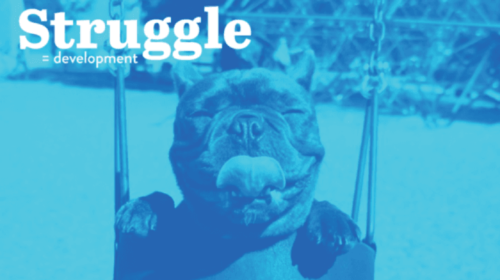 Sit with that for a moment and think about your own work – do you shy away from or embrace challenge?  Do you see challenges as an opportunity or an obstacle?  Dr Fraser’s research shows that those leaders who embrace struggle are the happiest, most engaged and in turn lead others to do the same.

So next time you’re faced with a challenge – take a moment to see it as an opportunity for you (and your team) to grow.

There were a number of other key take outs from the morning, but rather than tell you what excited me, I thought it would be interesting to hear what the iknowho team took away.

How do we achieve authentic happiness? It’s not about sitting on the beach, cocktail in hand. That’s pleasure, not happiness.

Ed Diener, a happiness researcher said ‘happiness is counter intuitive’. It normally comes when we as humans have a challenge just beyond our reach, where we need to stretch ourselves to get there. That’s when we achieve authentic happiness.

When Dr Adam Fraser asked everyone in the room to reflect on what they were proud of most about themselves, people talked about running 100k, starting a business, moving around the world. These were all things that were a challenge to those individuals, that pushed them outside of their comfort zone and gave them a sense of achievement when they got there.

The biggest blocker of happiness is boredom.

Boredom hits when you do the same thing, in the same way, day in, day out.  Boredom leads to creating something that is going to stop you being bored – rumours, trouble stirring, distraction for other employees.

That doesn’t mean you need to change what your employees do, but challenge them about how they do it!

Whether it be an employee who is demonstrating boredom or you are bored yourself, maybe think about how you can do what you do better, every day!

The truth is most people don’t. Most people become complacent and comfortable and don’t embrace or allow change. I’m not saying to create drama or chaos in your life on purpose but simply stretch yourself in the everyday, ensuring you are not in a complacent state.

Approaching life with a sense of creativity will allow you to feel motivated and determined to continue creating more opportunity and developing both professionally and personally. As you are required to adapt to new circumstances, environments and people the new version of yourself will emerge as you reflect and connect.

Presenting in front of a room full of people is difficult for many of us, and some of us have experienced choking in this environment or other pressured situations.  So, what causes it?

Fear, self-doubt, overthinking and thinking of the outcome rather than the execution are all actions that will get in the way of a stellar performance. To perform well we need to clear our minds.

Basically, after the stimulus there is a response, but where we need to focus is the gap between the two. It’s what you do in this gap that makes all the difference.  Dr Fraser has worked with many elite athletes who use this gap to their benefit to ensure they don’t choke at that critical time.

Dr Adam Fraser has taken this concept to a different group and has been working with a charity, White Ribbon supporting women of domestic abuse. Here they are trying to get the abuser to consider their actions after the stimulus before the response – change what they do in the gap.

I’m also a big fan of Dr Fraser's concept of the Third Space, which is where we switch between two different modes/stimulus – e.g work and home life. His key points were that if we can reset before we get home we will gain extra quality time and have a happier and more fulfilled life, which affects those around us too. 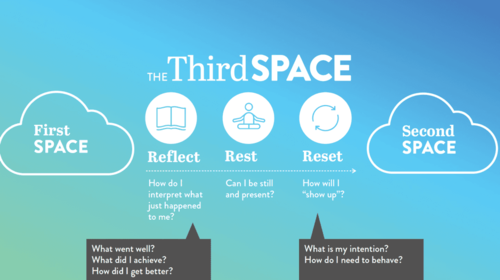 I have been putting this into practice and it works! I have recently changed my commute to work and have been getting the ferry, where I clear my mind, don’t think about anything negative, just enjoy the air, the motion and the quiet. I’ve already noticed a difference in how I feel and how I also behave at work, and at home.

Dr Adam Fraser spoke about a study in the San Diego Zoo, where 3 monkeys were living in a cage. The way they could access their food supply (bananas) was to climb a flight of stairs. However when the monkeys would try and climb the stairs they would be shocked. The 3 monkeys soon learned that touching the stairs would lead to them feeling some form of pain.

Not climbing the stairs to get the readily available food became the norm!

This study shows that we develop a norm behaviour from learning from other people’s behaviour.  This ends up with businesses falling into the trap of “it’s just the way it’s done around here”, not breaking out and trying something new. If we don’t break away from that behaviour in a work or personal space then how do we ever expect things to change? We can’t be fearful of what we don’t know, we need to be brave!

How to write a resume that stands out (and gets you the job!)
posted By Rachel Hart on 13th January 2022